The world is full of dangers, from pandemics to nuclear energy. Psychologists have developed a new method for determining how society perceives risk.

Many of our daily activities involve some level of risk, whether to our work, finances, or health. But how is risk perceived in society, and how do people think about risk?

This is what Dr. Dirk Wulff and Professor Rui Mata, researchers at the University of Basel’s Faculty of Psychology, set out to discover. “There is a lot of academic interest in the phenomenon of risk,” Dirk Wulff explains. “However, it is defined differently in different disciplines such as psychology, sociology, and economics.”

According to Wulff, little attention has been paid to the fact that the meaning of risk varies from person to person depending on goals and life experience. He believes it is critical to understand how different people perceive risk in order to assess attitudes toward new technologies or societal challenges.

Risk connects the opposite ends of the emotional spectrum.

To investigate this, the researchers devised a new method based on word associations and an algorithmic process that maps risk representation for various groups and individuals. The researchers used a snowball word association method, which was novel to them. Participants were asked to name five things that they associated with the term risk, followed by five things that they associated with these associations. Researchers used this method to survey a nationally representative sample of 1205 people, with equal representation of men and women and a range of ages.

From the 36,100 associations, a semantic network of risk was generated using an algorithm. Threat, fortune, investment, activity, and analysis were identified as components. The component most strongly associated with risk was the semantic cluster “threat” (danger, accident, loss, etc.), closely followed by “fortune” (profit, game, adventure). “Until now, studies have primarily focused on the negative aspects of risk, ignoring the fact that it can also have positive associations,” Wulff says.

The method is intended to map individual and group differences in risk perception. The psychologists looked into the differences between men and women, as well as between age groups. Overall, women and men of various ages appeared to have similar attitudes toward risk. Nonetheless, there were some differences: a greater proportion of older people than younger people, as well as a greater proportion of women than men, associated risk with a threat rather than fortune.

The researchers also asked if people from different language regions think about risk in the same way. To investigate this, they compared the semantic network of risk that emerged from the German survey group to those that emerged from the Dutch and English survey groups. There were some minor variations in the frequency of associations. For example, in Dutch, the term risk was more closely associated with a threat, whereas in English, it was more closely associated with fortune and finance. Overall, the findings suggest that there are some universal correlations in risk representation that cross language barriers.

“Our study lays the new groundwork for investigating how people think about risk,” Wulff says. “It has the potential to play a significant role in providing a better understanding of how different social groups interpret risk, allowing risk communication strategies to be improved to combat social polarization.” 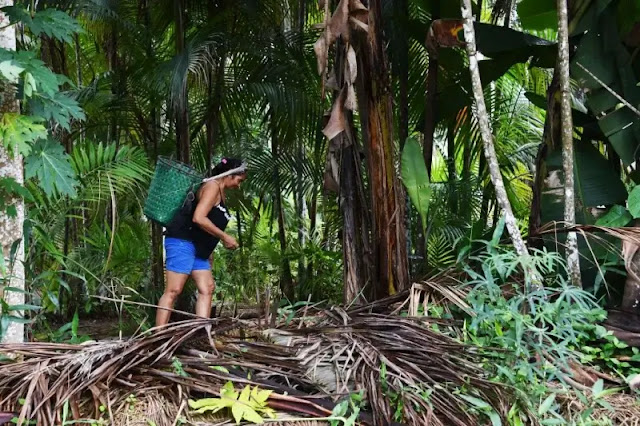