A preliminary test revealed that the new LUX-ZEPLIN dark matter detector is the most sensitive ever. It could be our best hope for finally discovering dark matter particles.

The hunt for dark matter has gained a new set of eyes. A test run of the LUX-ZEPLIN (LZ) detector in South Dakota revealed it to be the most sensitive dark matter detector ever built, and researchers are preparing to turn it on and begin searching for dark matter in earnest.

LZ is a massive titanium tank containing 10 tonnes of extremely pure liquid xenon. When a particle from outside the tank collides with a xenon atom, it produces a burst of light that is detected by a network of detectors that surround the tank. The properties of that light can then be examined in order to determine what type of particle caused it. To protect the xenon from particles and radiation that we know does not come from dark matter, the tank is surrounded by a larger tank of purified water, and the entire setup is buried more than a kilometer underground in an old gold mine.

“The center of LZ is the purest place on Earth, and possibly in the entire solar system.” “There is no other volume of space on or on this planet that is free of radiation and dust,” says Chamkaur Ghag of the LZ team at University College London. “The detector can only handle about a gram of dust – 3 grams of dust and we won’t be able to find anything.”

After decades of searching for dark matter particles, researchers have turned to develop increasingly sensitive detectors. LZ is the most sensitive yet, according to a 3.5-month test run that concluded in April. “We took a few months of data, and when we looked at it, we said, ‘Oh, shit – we’re already the world’s best,'” Ghag says. “It’s as if you built a new car and drove it around the block, breaking the world land speed record in that quick drive around the block.”

Regardless of sensitivity, three months was insufficient time to detect dark matter. Even if some did pass through the detector during that time, Ghag says, “we wouldn’t have enough data to say for sure what it was.”

“For the time being, we’re saying we’re the best in the world at finding nothing,” he says. “However, discovering new physics in a few years is entirely feasible.” 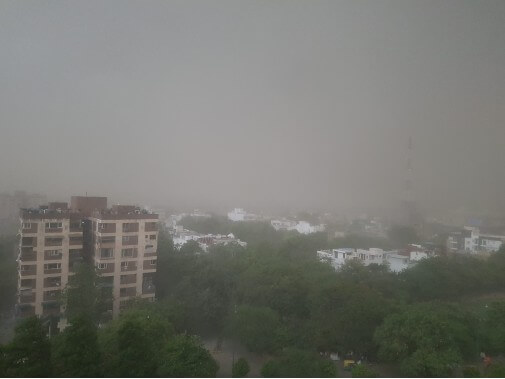