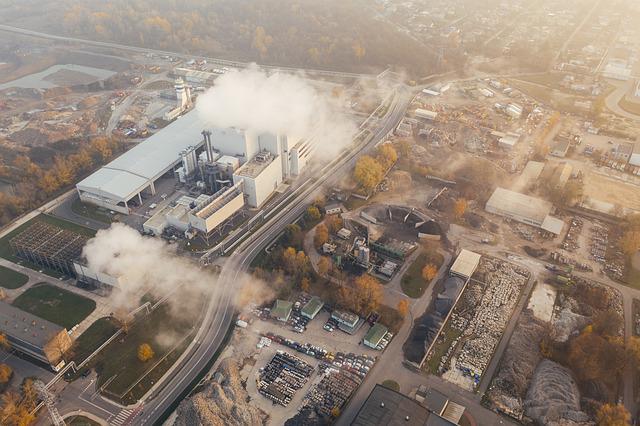 The US Supreme Court has ruled in a major environmental case to limit the EPA’s ability to regulate greenhouse gas emissions. Here’s what you should know.

On June 30, the United States Supreme Court issued a decision that could stymie efforts to reduce greenhouse gas emissions and limit the EPA’s ability to regulate other environmental issues.

According to the decision in West Virginia v. Environmental Protection Agency, the EPA lacks the authority to control greenhouse gas emissions from power generation by requiring changes to power production across entire electrical grids.

The opinion was written by Chief Justice John Roberts, who was joined by four conservative justices. Neil Gorsuch wrote a concurring opinion, which means he agreed with the majority’s conclusion but explained why. Three liberal justices on the court dissent.

“Today, the Court strips the Environmental Protection Agency (EPA) of the power Congress gave it to respond to ‘the most pressing environmental challenge of our time,'” dissenting Justice Elena Kagan wrote.

What was the case of West Virginia v. EPA about?

This case stems from a complex legal battle over who has the authority to regulate greenhouse gas emissions from power plants. In the United States, electricity production is the second-largest source of carbon emissions, trailing only transportation.

The Clean Air Act, passed by Congress in the 1960s, gave the EPA authority to enforce regulations to improve air quality. The Obama administration’s Clean Power Plan, released in 2015, established guidelines for states regarding carbon dioxide emissions from power plants. Twenty-four states filed a lawsuit, claiming that the plan exceeded the EPA’s authority under the Clean Air Act.

Before the Supreme Court ruled on the issue in 2019, the Trump administration replaced the Clean Power Plan with a less stringent Affordable Clean Energy rule. A coalition of states filed a lawsuit, and the rule was overturned by a federal appeals court. As a result, the incoming Biden administration will have a “blank slate” to establish rules governing greenhouse gas emissions.

It wasn’t for long. A group of coal companies and states, led by West Virginia, petitioned the Supreme Court to overturn the circuit court’s decision.

Many legal observers were taken aback when the Supreme Court agreed to hear the case, given that neither the Clean Power Plan nor the Affordable Clean Energy rule had yet taken effect.

Environmental and climate advocates were concerned that hearing the case would signal that the court, which now has a 6-3 conservative majority, intended to limit the EPA’s authority to regulate greenhouse gas emissions. Others speculated that the court would go even further, limiting federal agencies’ ability to regulate more broadly.

What was the Supreme Court’s decision?

Roberts wrote in the 6-3 decision that the Clean Air Act does not give the EPA authority to regulate greenhouse gas emissions at power plants by making sweeping changes to entire grids, rather than requiring individual emitters to make reductions.

Roberts explained his reasoning by citing the “major questions doctrine,” which states that agencies must have clear congressional authorization when deciding on significant issues. Roberts contended that the Clean Air Act did not provide such authority.

In her dissent, Kagan wrote that the ruling “deprives EPA of the power needed – and the power granted – to curb greenhouse gas emissions.” She cited the Intergovernmental Panel on Climate Change’s dire assessments of the effects of climate change. The decision follows several contentious court decisions, including those to expand gun rights and overturn Roe v Wade, the 1973 ruling that protected the right to abortion.

What effect might this ruling have on efforts to combat climate change?

The decision is likely to stymie the Biden administration’s plans to make US electricity generation carbon-free by 2035. It falls far short of limiting the EPA’s authority to regulate on all issues. However, Dena Adler of New York University School of Law believes it could be a “canary in the coal mine” for how this court interprets agencies’ authority to use their expertise.

While the ruling limits the EPA’s authority, Congress could still pass legislation or grant the agency authority on greenhouse gas emissions or other environmental issues. But, given the current stalemate in Congress, that is unlikely to happen anytime soon.

“The ruling limits the EPA’s authority to regulate pollutants on the basis of climate protection and will result in unconscionable delays, given that Congress is not prepared to address this issue,” says Lynn Goldman of George Washington University in Washington, DC.

Conservative lawyers argue that leaving it to Congress would make regulators more accountable to the public, while others argue that Congress isn’t well-suited to responding quickly to often technical, rapidly changing environmental issues. They also point out that the EPA has other options for reducing greenhouse gas emissions, such as setting standards for exhaust emissions or establishing rules for individual power plants.

“The EPA already has the statutory authority to take many, many other steps to reduce emissions,” says Joseph Bingham, an attorney at Mountain States Legal Foundation, which wrote a supporting legal document on behalf of the plaintiffs. He claims that the EPA can still regulate carbon dioxide as it would any other pollutant.

It is also worth noting that reductions are possible in the absence of regulations. The Clean Power Plan’s emissions targets, for example, were met a decade ahead of schedule, despite the fact that the rule never went into effect.