Body odor similarity predicted whether two strangers would hit it off with same-sex friends who reported strong connections when they first met.

According to a new study, the old adage “opposites attract” couldn’t be further from the truth when it comes to your nose. The study, published today (June 24) in Science Advances, suggests that people with chemically similar natural body odors are more likely to “click” and form fast friendships.

Researchers from Israel’s Weizmann Institute of Science discovered that existing pairs of same-sex, nonromantic friends who reported clicking when they first met emitted similar odors in a series of experiments designed to investigate the effects of body odor on social dynamics. Furthermore, based on the chemical signature of their natural body odors, a sensor described as an “electronic nose” was able to predict whether strangers would feel a click upon meeting above chance levels.

“I am confident that there is chemistry in social chemistry,” study coauthor and Weizmann neurobiologist Inbal Ravreby tell The Scientist.

Sniffing out friends over foes

The researchers began the study by polling people online about how they would describe the initial spark preceding a fast friendship, which, according to Ravreby, is often intuited but not documented in the scientific literature. As she described it, common themes emerged, such as being on the same wavelength as someone, having “chemistry” with them, and feeling an immediate bonding and understanding. Using those criteria, the team enlisted the help of 20 existing pairs of same-sex friends aged 22 to 39, half of whom were men and half of who were women, and in which both members reported having clicked upon meeting.

To collect participants’ body odor, they were given unscented soap and a cotton T-shirt, as well as instructions to avoid all scented products such as other soaps, perfumes, and lotions before wearing the shirt for at least six hours overnight for two nights. Participants were also instructed to keep pets and other people out of their beds on those nights, as well as to avoid eating body odor-influencing foods like curry, asparagus, and garlic.

The odors trapped in the shirts were then assessed using a commercially available electronic nose, which employs an array of chemical sensors to identify the components of a gas. According to the paper, in order to compare the device’s performance to that of a human nose, which experts note is far more sensitive, other participants were shown the odors of each person from either a click pair or a random pair, as well as a third “distractor” odor, and were asked to guess which two, if any, were from those who had clicked. Despite differences in human and electronic perception, the test helped validate the device’s predictions.

Finally, the authors wanted to see if odor similarity predicted clicking among first-time strangers. The team assigned pairs of strangers who had followed the same T-shirt protocol to stand facing each other from a short distance and mirror each other’s movements for two minutes without speaking. All participants then repeated the process with all participants of the same gender, yielding 22 pairings among men and 45 pairings among women, and rated how well they meshed with each partner on a scale of 1 to 100, answering questions such as whether they felt connected to the partner, whether they wanted to meet them again, and whether they felt comfortable with them.

According to the paper, there was a subtle correlation between body odor similarity and clicking that exceeded what would be expected by chance across all tested cases, and the difference in body odors between click friends was smaller than the difference in odor between other pairs.

“The discovery that it could predict clicking based solely on body odor similarity was really cool,” Ravreby says. “We were overjoyed to discover this.”

Nonetheless, experts warn that the effects were minor, and there was a lot of overlap in the data. Leslie Kay, a neurodynamics researcher who studies olfaction at the University of Chicago and was not involved in the study, observes that data from both clicking and non-clicking pairs frequently appeared similar and that the correlations only became apparent when the data from each group was calculated as a whole.

According to Kay, the findings aren’t strong enough to suggest that “you can just walk up and sniff strangers and say, ‘Oh, you’re going to be a really good friend.’ You’d probably be really bad at that, and get punched in the nose or something.”

Kay and other experts also point out the numerous confounding factors that can complicate social dynamics in any setting other than a highly controlled experiment.

“It is worth noting that this paper has several experiments, but the overall number of people involved is rather limited, and limited to a specific case,” says Valentina Parma, a psychologist studying olfaction at the Monell Chemical Senses Center in Philadelphia who did not work on the study, via email. “These findings are a good starting point for answering additional questions.”

Everything the study controlled for, including diet, scented products, pet ownership, and exposure to different people, as well as genetics and even mood, can influence the odor one emits.

“If you were to tell someone, ‘Here’s how you sniff somebody to see if they’re going to be your friend,’ you probably couldn’t because they’re always eating whatever food they eat and wearing whatever scents they normally wear,” Kay says. “They’ll always have those odors that could mask or change the key features of body odor that contribute to that sense of familiarity.”

Rarely, on the other hand, sees the effects of those confounders as potential support for the study’s findings. After all, the existing click pairs remained bonded even when those variables were present, implying that the effect of their similar odors was not completely masked. However, Kay points out that it’s also possible that people became good friends because of their lifestyle similarities, which could result in the emission of similar scents—implying that smell may not have played a role in their attraction after all.

“There are other factors [in clicking], and we know many of them,” Ravreby readily admits. For example, consider visual similarity… We wanted to add similarity in body odor to this list.”

“Remember that this is, if at all, one factor that is important for click friendship, and it certainly isn’t the most important thing, or even a very big thing,” says Jessleen Kanwal, a Caltech researcher who did not work on the study. Bonding is “probably very much going to depend on other inputs that we are getting through other sensory streams, like what we see about a person [and] what we experience from communicating with them, that are going to be integrated in the brain and allow us to make that click friendship decision or not,” in addition to scent.

Still, Kanwal and others tell The Scientist that the study’s identification of body odor as a factor influencing friendships and social connections is likely correct—scent is important in nonhuman animal interactions, so it’s reasonable to assume it’s important in human interactions as well.

“It’s critical to remember that we are mammals, and we share some mechanisms with other animals,” Ravreby says.

Rarely says her study cannot explain why body odor appears to influence friendship in humans, but she is now planning a follow-up study to try to uncover the underlying mechanisms. She and her colleagues will manipulate the body odors of study participants, place them in an fMRI machine, and scan the activity of brain regions associated with olfaction and social behaviors while exposing them to body odors that either match or differ from their manipulated odors, she says.

Rarely speculates on what the study might reveal, suggesting that people use their own body odor as a kind of template against which they compare that of other humans, similar to how other animals use odor information “to decide who is a friend or a foe.”

“We can learn about how we as humans work and what are the underlying mechanisms of our behavior,” she adds, by remembering that humanity’s advanced cognitive abilities do not necessarily place us on a pedestal, unaffected by the types of chemical communication common among other mammals. “I believe we should value the science of body odor a little more.” 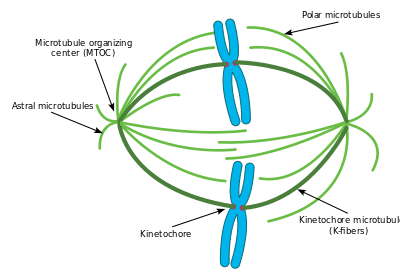